The year of 1958, June 30th was relevant for Georgian science and culture, as according to the decree of the Presidium of the Georgian Academy of Sciences, a scientific institute was established on the basis of the Manuscript Department of the State Museum of Georgia. It has been quickly decided to construct a building for the institute, which was finalized in 1965. From 1962 through 2006, the institute carried the name of Academic Korneli Kekelidze. After converting into the national centre of manuscripts, the institute lost this name, but was brought back in 2015. Nowadays, the institutions’ full name is Korneli Kekelidze Georgian National Centre of Manuscripts. Between 1958-1966, the centre was lead by the founder – Ilia Abuladze. From 1966-1988 the director was Academic Elene Metreveli, after that, Academic Zaza Akeksidze took over, then came Buba Kudava and starting from 2015, the director of the centre is Zaza Abashidze. In 2006, the National Centre of Manuscripts separated from the Georgian National Academy of Sciences and today, as a legal entity of public law (LEPL) is subordinated to Ministry of Education and Science of Georgia. The two principal duties of the centre are preserving-registering and researching the manuscripts. Also, it is quite important to use the material for popularization and educational purposes. Primarily, provoke the interest of not only Georgian society, but also of foreign countries. Protection of the manuscripts is the mission of department of protection and registration of antiquities, which consists of restoration, conservation and hygiene laboratories. The scientific sector of the centre incorporates six scientific departments: 1. Codicology and text linguistics; 2. Oriental and Armenian manuscripts; 3. Source criticism and Diplomatics; 4. Scientific bibliography, terminology and reference literature; 5. Archival studies and electronic archives; 6. Art studies. The scientific work of the Centre is coordinated by the scientific board. Since the day of establishment, the institute provided readers with a library, which constantly gets stored with new editions (including from foreign Kartvelological (or other) scientific centres scholarly works). The system also includes several memorial cabinets of well-known academics. The aim of the department of digitalization is to create digital copies of manuscripts and historical documents: On the one hand, to digitally preserve national treasures that are manuscripts, and, on the other hand, to give the opportunity to the reader to work with the copies without damaging the original. As mentioned above, one of the most important missions for the centre is scientific research; hence, publishing scientific research results is crucial. Hundreds of books, works of descriptive nature, catalogs, albums, scientific monographs, open cards and pamphlets have been published by the employees of the centre. The essential example of typography is the historical-philological collection called “Mravaltavi” (მრავალთავი). One of the priorities of Korneli Kekelidze National Centre of Manuscripts is deepening international relationships: Stiring up the scientific cooperation, creating promising projects, conducting qualification courses and organizing summer schools, informing society about the centres’ work and future plans. All this is led by the department of public relations and scientific projects. Several years ago, the department of education and exhibition became a separate unit, which aims to exhibit archival materials, digital copies and other components, conduct lectures, help in assisting educational projects, attract young people into this specific field, establishconnection with middle schools and let them participate in the official projects. The same work does the exhibition hall of Ilia Abuladze, where copies of manuscripts of special interest and significance are preserved. 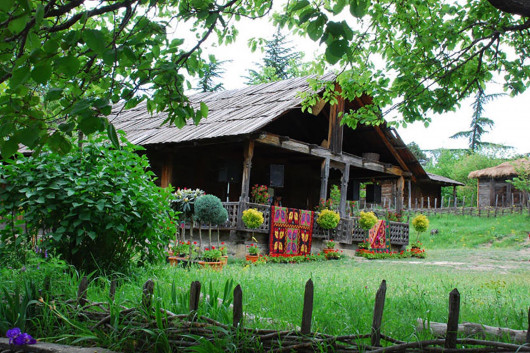