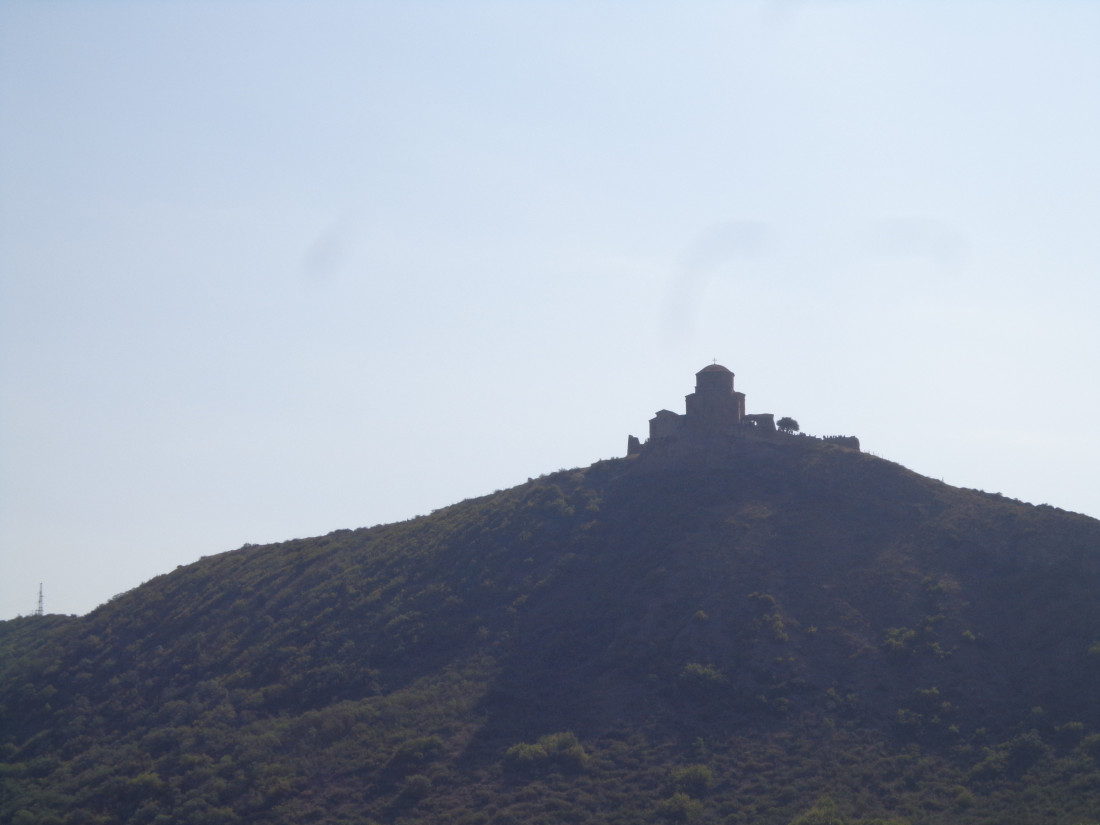 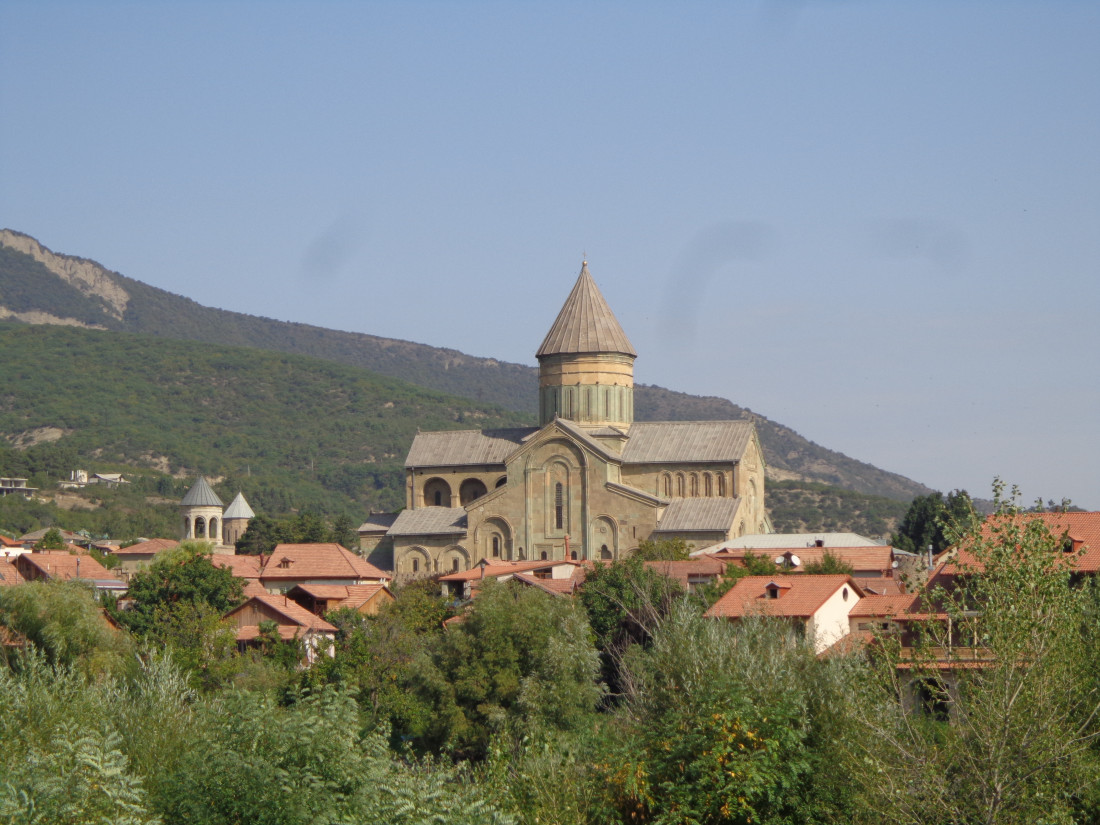 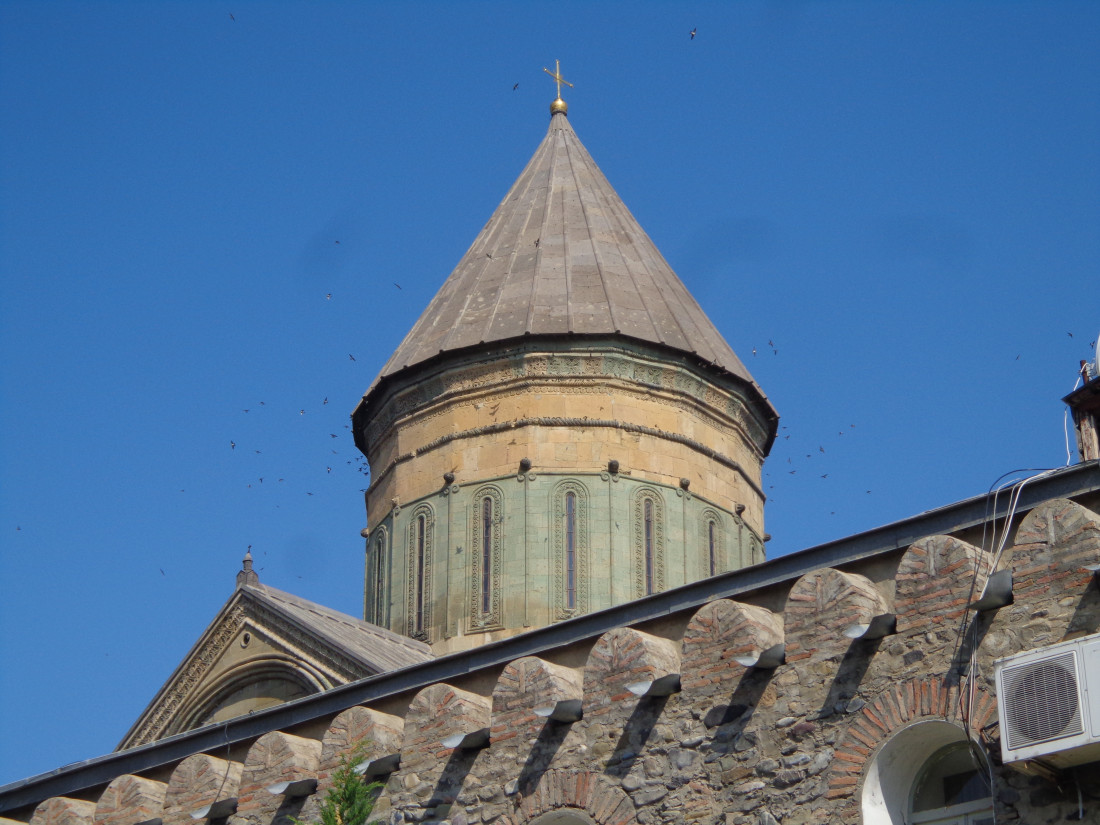 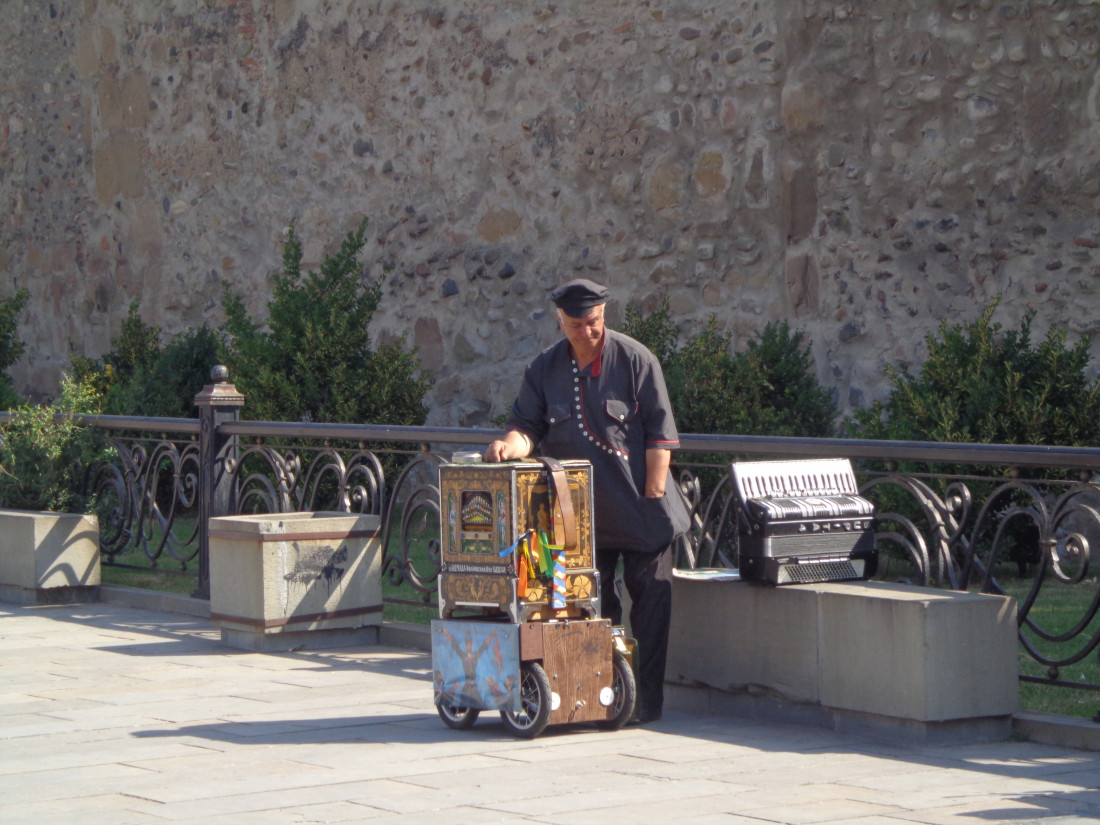 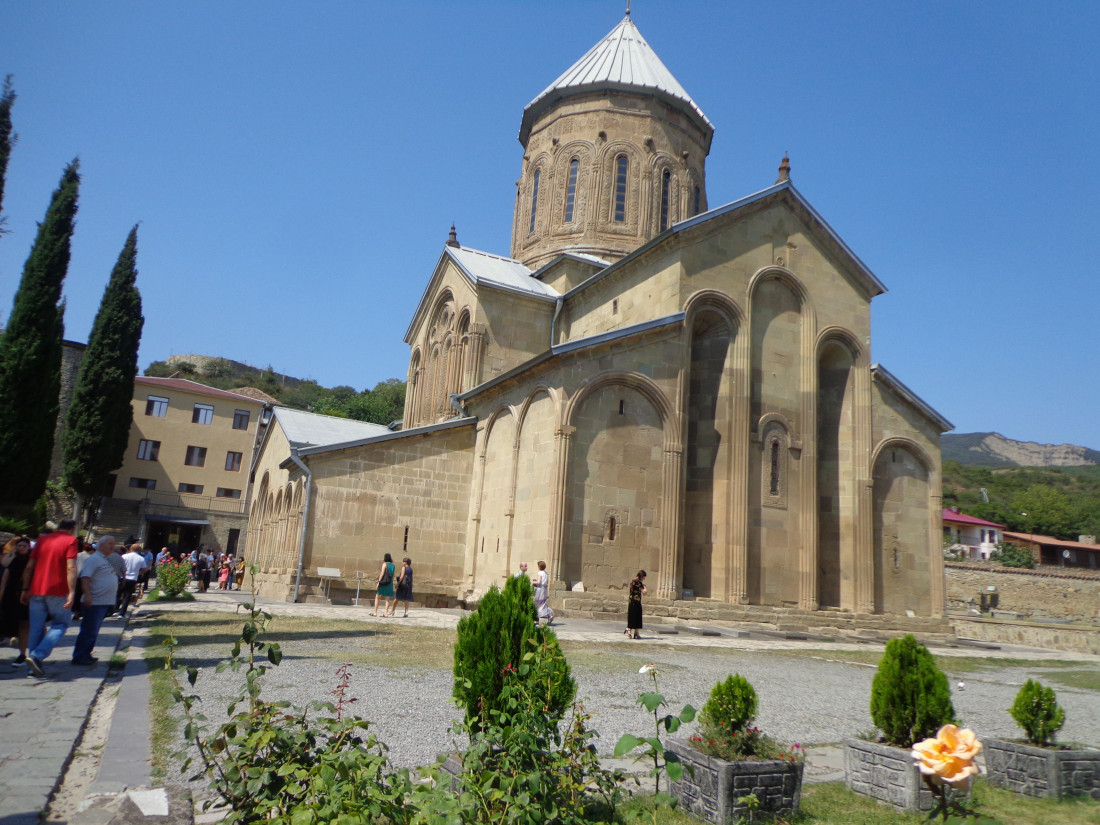 Mtskheta is a city in Mtskheta-Mtianeti province of Georgia. One of the oldest cities of Georgia, it is located approximately 20 kilometres (12 miles) north of Tbilisi, at the confluence of the Kura and Aragvi rivers. Mtskheta was founded in the 5th century BC. It was capital of the early Georgian Kingdom of Iberia from the 3rd century BC to the 5th century AD. It was a site of early Christian activity resulting in conversion to Christianity of Iberia, where Christianity was proclaimed the state religion in 337. The old city lies at the confluence of the rivers Mtkvari and Aragvi. The rare blend of cultural values had ruled in this part of the world since the Bronze Age until prosperous Christian era over the unique eclectic lifestyle creating the mood of the town which is as old as the history of Georgia. Mtskheta is the most religious city of Georgia as it has been the shrine of pagan idols since times immemorial and it is where Christianity in Georgia takes its origin. In recognition of its role in the Georgian Christian history, Mtskheta was granted the status of a "Holy City" by Catholicos-Patriarch of Georgia Ilia II in accordance of the written testament of his 11th-century predecessor Melchizedek I of Georgia. Due to its historical significance and several cultural monuments, the "Historical Monuments of Mtskheta" became a UNESCO World Heritage Site in 1994. 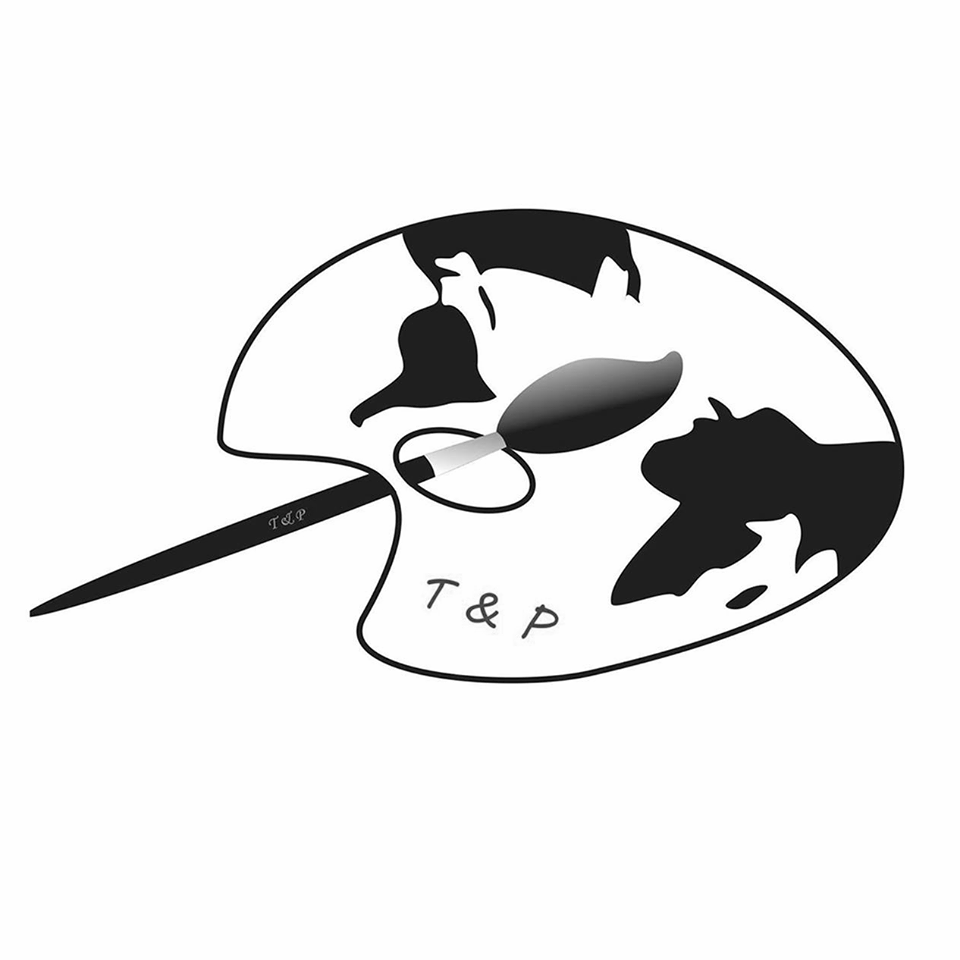 Our guide and driver will meet you at 10.00 o'clock at your hotel’s entrance and drive you to Mtskheta, one of the oldest cultural and religious centre of Georgia.

Next stop is Svetitskhoveli - an Eastern Orthodox Cathedral which is recognized by UNESCO as a World Heritage Site. It is currently the second largest church building in Georgia, after the Holy Trinity Cathedral. Known as the burial site of Christ's mantle, Svetitskhoveli has long been one of the principal Georgian Orthodox churches and is among the most venerated places of worship in the region. The present structure was completed in 1029 by the medieval Georgian architect Arsukisdze, although the site itself dates back to the 4th century.

We will visit the Samtavro Monastery. Samtavro convent, together with other historical monuments of Mtskheta has been inscribed upon the World Heritage List of the Convention concerning the Protection of the World Cultural and Natural Heritage since 1994. There are two churches in Samtavro Monastery. The big Samtavro Transfiguration Orthodox Church is dated by the 11th century and the little St. Nino's one was built in the 4th century. The big church preserved mural paintings in the altar conch and in the dome are dated to the mid-17th century. There are tombs of 4th century Saint King Mirian and Saint Queen Nana. People from all over the world come to visit the tomb of the 20th century, Saint Gabriel.

After Samtavro Monastery we will have lunch in a local restaurant with amazing city views.

Then we will arrange the most important part of our trip – the art workshop. You will be able to draw the beautiful view of Jvari Church, with a lesson in the main elements of composition, colour and oil pastel painting technique. Art workshop duration will be approximately three hours. The interesting art workshop will be followed by a demonstration of your own paintings.

Our trip will continue Jvari Church, a true architectural masterpiece of the early Medieval Period built on a hilltop around 5-6 century. The church Jvari translated as “The Monastery of the Cross” and has the shape of a cross. It is located on a mountaintop with a great view of the confluence of the Mtkvari and Aragvi rivers as well as the entire city of Mtskheta. Jvari Monastery is listed as a World Heritage Site by UNESCO.

On the way to Tbilisi, we will visit the Koshi Gora Monastery which was built a few years ago.

Please note that if you inform us in advance the meal for vegetarian will be arranged.

We will give you the inventory needed for drawing 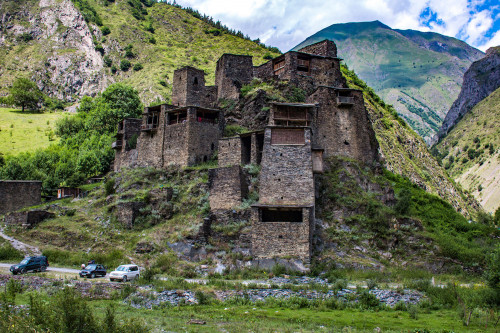 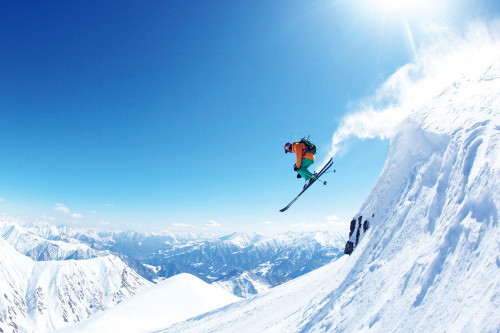 Our Travel Agency offers you extreme... 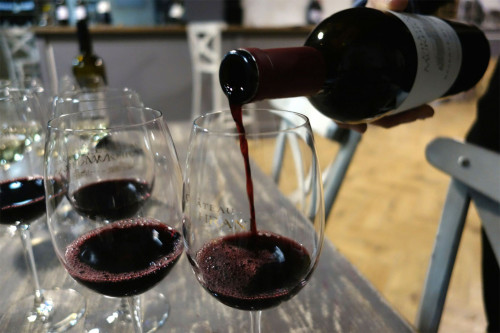 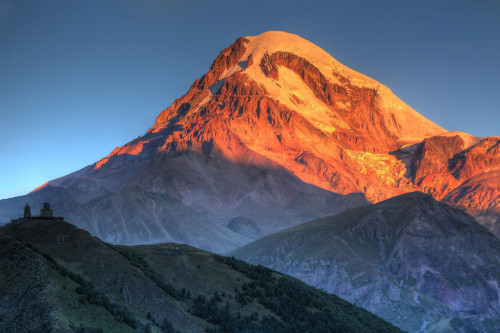 One day tour to Kazbegi